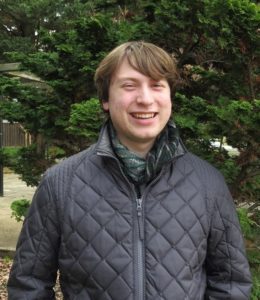 Michael is thrilled to return for his fifth summer at Traveling Players as an assistant director and camp administrator.  During the school year, Michael serves as a lead administrator and teacher at Pierrepont School in Westport, Connecticut, as well as participating in the voice and piano faculty at the Westport Music Center.  Michael is an alumnus of Vassar College, graduating with honors in both Music and Greek & Roman Studies.  Throughout his life, he has performed, directed, and assisted in countless theatrical endeavors (including arranging and recording the music for Judith Walsh White‘s Winnie the Pooh & Friends at Traveling Players in winter 2018).  Michael has written, produced, and performed in two full-length original musicals of his own.  In his spare time, Michael enjoys writing, composing, and going on adventures with his friends and younger siblings.  He is excited to share his love of the arts with the campers at Traveling Players this summer!