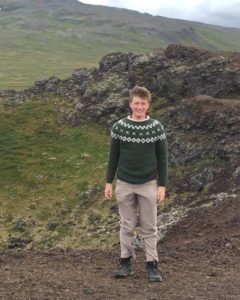 This is Leo’s second year on staff at Traveling Players, and his first year working as a designer in the shops. He’s been with Traveling Players since 2012 as a camper in the Middle School Ensemble, the High School Ensemble, Traveling Troupe, as well as Shakespeare in Performance in the winter—sometimes with his brother, Max. Leo has been jumping on opportunities to act in Northern Virginia for over ten years in school theater, outside-of-school camps, and, most recently, the University of Chicago’s Dean’s Men ensemble, where he has also gotten a start to his design career. He is currently studying English and Germanic Studies at the University of Chicago, set to graduate in 2021. He is more than thrilled to be back designing and building for Traveling Players this year!